This is not Pompeii

where the dead are on display

frozen for the ages

while the guide drones on

This is more recent,

an entire city crushed beneath

blessed by the downturned hands

of the towering white Christ

who stands atop the ossuary

The serene nevadas bear no trace

of the fury they unleashed.

Children circle round the monuments.

As if the screams at the circus

when the earth split its seams,

of the people huddled in the church

when the avalanche roared down

were only the screams of a feverish child

awakening safely in his mother’s arms.

As if the coche de Ancash

were heading back to Huaraz as usual.

As if the premonitions of the good doctor

were only the ravings of a loco.

No this is not Pompeii.

If it were our andina guide would not be

hiding her tears beneath dark glasses.

I would not be hearing

the cries of my lost son

as he slid beneath the truck.

Your best friend would not be

calling out to you

from the rubble in Managua. 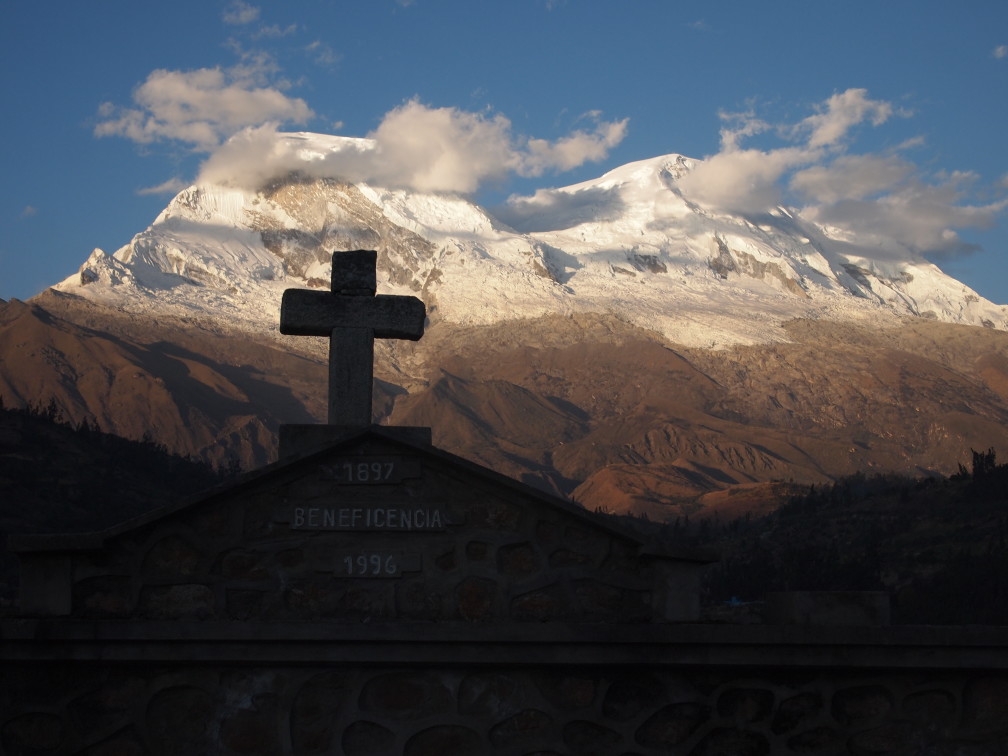