Half the teachers at the Lycee Mixte in Beja
were called Jean-something
When his girlfriend broke with him,
Jean-Pierre fell into a funk so deep,
they clamped him in a stretcher
and shipped him to a rest home in Toulouse.
By contrast, his friend, the oh-so-dry Jean-Paul,
viewed love with one raised brow
as a delicious farce.

It was Jean-Claude,
the unshaved Belgian artist
with penetrating eyes,
who drove me to my rendezvous in Tunis.
He was living at an isolated farm
with Bruno’s sultry wife,
their ménage a trois
downgraded to a paltry deux
when Bruno left for France.

My face shared the pallor
of Jean-Claude’s sleek green Morgan
As it hurtled at Mach speed
through the burnt sienna hills,
tires squealing like stuck pigs at every curve,
my knuckles white against the bottom of the seat
as I tried to keep my lunch.

At the Hotel Suisse,
the desk clerk handed me the key to 23
with its small bidet
tucked behind an oritental screen.
I found her stretched out on the bed
in her new black lingerie,
her corduroys and sweater
folded neatly on a chair.
I bent down and kissed each lid.
“Bonjour, petite chatte,” I said,
and she replied, “Bonjour, grand ours,”
rubbing her eyes like the feline she was.

(originally published in Cyclamens and Swords) 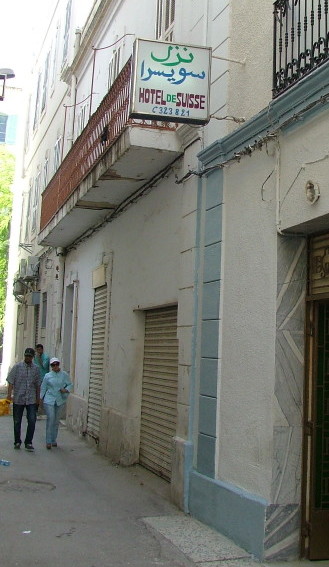