The river welcomes us

it sings the whole night long.

and reach the other side.

We’ve got here just in time

before the forest closes up

before the rivers slow to a crawl

and the mosquitos settle in,

when only a few precocious

dogwoods are in bloom.

They say the first green is the finest.

That’s me nodding by the fire

from too much Yukon Jack,

boots toasted by the flames,

roasting squirrels on the coals.

firing up his antique lantern

we planted in his sleeping bag,

the children catching  crawfish in the creek.

in the eyes of the stoned college boys

who have stumbled into camp.

decked out in camouflage,

they drop their beer and make a run for it.

And the through-hiker, skinny bastard,

living for weeks on fungus,

sleeping under a plastic sheet,

but not too proud to eat our stew.

Yes, I’ve been down this trail before,

but never in the rollicking company

of so many ghosts.

(originally published in The Dead Mule School of Southern Literature) 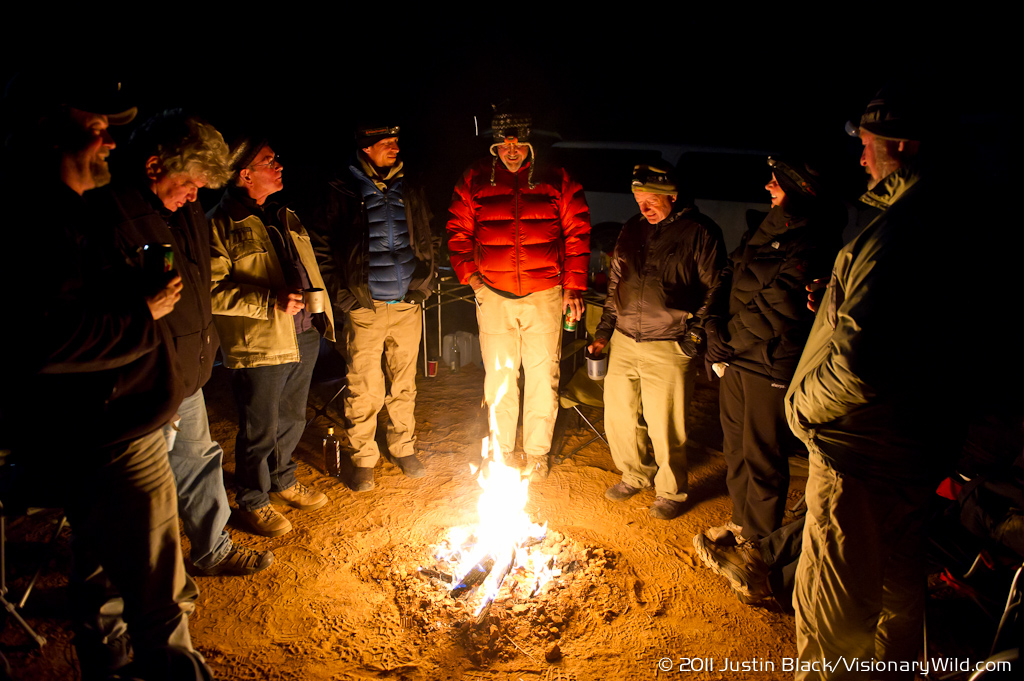