Years after Ben’s accident at the mill,
Belle’s memories of him were like
pieces of the Chinese vase
he’d bought her in Atlanta,
the one the cats knocked over in the hall.
No matter how artfully
she tried to glue them back together,
there were always gaps,
places she couldn’t recall,
words she had forgotten,
small chunks of history
shaved off by the blade.

Still, memories however pieced together
were better than no memories at all.
Likewise for the mended vase
which he placed back on its pedastal
(some said the cracks added to
its Asian character)
and every time she looked at it
she thought of Ben,
whole and handsome,
young and strong as the river.

The cats, confined to the back porch now,
dozed fitfully in the sun,
dreaming of birds.
Belle planted petunias in the garden.
All in all, an ordinary day
like the one that sliced her heart in two
while everyone was looking the other way.

(Originally published in The Dead Mule School of Southern Literature) 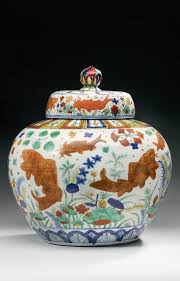